FROM WASTE TO CIRCULAR ECONOMY THROUGH HISTORY. EBOOK 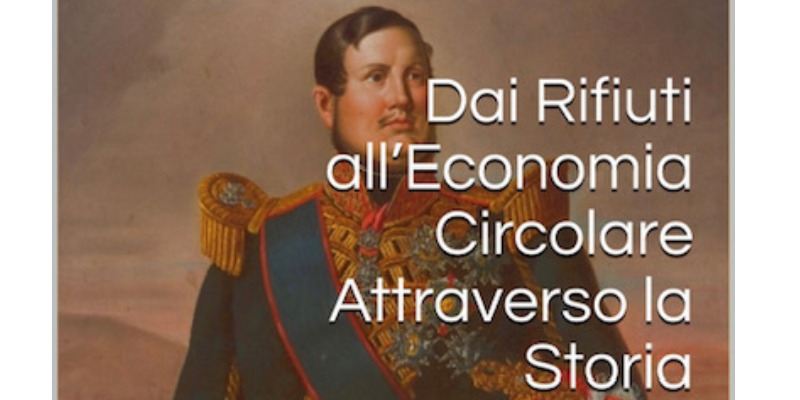 Sometimes it happens to be convinced that some processes, some products or some services are the result of recent discoveries, that some lines of thought such as recycling, the green economy, the economy circular, renewable energy or the function of plastic, between supporters and opponents, have been born in recent years.

Everything seems so close in time, the seas polluted by plastic, the garbage on the streets, the separate collection that doesn't work as it should, global warming, traffic vehicles and fossil combustion boilers that contaminate the air, the hope of hydrogen, wind and sun for cleaner energy and for the fight against rising temperatures on the planet.

The media, social networks, people talk about climate change, rationalization of the use of products, reuse and refusal of disposables, sustainable mobility, of a less unbalanced diet towards meat, of forestation for the carbonic balance, of desertification and of disruption of natural habitats with the consequence of the birth of new unknown viral strains that threaten man.

A bombardment of news, concentrated, which seem to be born all together, developing as an intertwining of interconnected rings that reinforce our sense of restlessness.

Between hopes and anxieties we try to understand the evolution of the intertwining between environment-consumption-production-energy-waste-food, as if no one before today was aware that the correct management of these phases are essential for our future and that of our children.

But nothing seems certain as in this period, nothing seems to have an evolution from the past that makes us understand how to face the future based on the experiences of those who have preceded, everything seems new and unknown.

But it is perhaps the load of news that pervades our daily life in which we sometimes do not have time to investigate and weigh things, which makes us think that there is no past and everything happens today.

In reality there are many things in our life that although they seem recent or relatively new or even only sketchy and that we await the arrival as the solution to problems actual, in fact, in most of the times they are known to historical paths.

Maybe they have been sketched, used then abandoned and then resumed, they were immature and today they can return vigorously thanks to technological advances, out of time then and now current, not essential in the past but useful today.

We are talking about scientific discoveries, indispensable materials, innovative industrial processes, initiatives to protect the environment, sustainable economy and attention to the environment, in a historical period in which none of this was really considered important, but which marked a beginning, through far-sighted and out of the ordinary men who, stubbornly, put a small seed that made it flourish, after years or centuries, a continuity with modern times.

In this book we start from afar, from the medieval period, to link our present with our past and, through characters who worked in completely different sectors, we go up the slope of the years, up to the present day, with what still looks like the future for us: hydrogen.

It is not a history book, but an episodic story, liberations drawn from the life and work of famous or completely unknown people, told based on the contribution that they gave progress, small or large, but always innovative and still useful for our lives today.

Many other characters will be able to follow, all united by the certainty that today we are where man wanted to be, for better or for worse, and that nothing is born for case, suddenly.

The book is available in the Italian version on Amazon in eBook version or in PDF version by writing to sales@plasticare.it