HISTORY OF FOOTWEAR AND MATERIALS: FROM PAPYRUS TO RECYCLED PLASTIC

In the History section of the Arezio portal we dealt with the genesis of some raw materials, the life and discoveries of some brilliant characters in the chemical and research field, the history of recycling and separate waste collection and some products, sometimes born by chance, which are now in common use and widespread.

Among these products we like to make a step back in time and retrace the history of footwear, of the materials that made them up and of the fashions that over time have determined the birth, development and decline of some models and materials.

It is interesting to see how from prehistoric times to the advent of the era of manufacturing in the last century, the materials have been slowly modified, to take on a explosion of recipes and types with the introduction of plastic polymers.

Establishing exactly which was the first shoe made by man and its type is complicated, as the easy perishable nature of the organic material that was initially used by prehistoric populations, having in the footwear the only means of protection of the feet, it has not made it possible to reach us of ancient remains of that historical period.

Undoubtedly in the prehistoric era, when we talk about shoes, we refer to untanned leathers and secured to the foot by the use of a system of laces of the same material. Vegetable fiber soles were also produced intertwined and stopped at the foot with the same system.

But a very precious find, perhaps the only one left, was found in 2010: the oldest shoe in the world, dating back to around 3,500 BC, during an archaeological excavation in a cave in Armenia.

A discovery that is incredible given the excellent state of conservation, consisting of a single piece of cowhide, fastened both in the front and in the back with a leather cord.

We are also sure that the use of footwear dates back to many years earlier, in fact, the rock carvings of about 15,000 years ago depicted men with shoes already on their feet .

In the Egyptian period most of the population moved barefoot and shoes were intended only for higher-ranking social figures, even if there was an honorific office, for servants of the pharaohs and nobles, who was called "sandal bearers".

The Egyptians had introduced the tanning of leathers for their sandals, through the use of vegetable oils, worked on looms and softened with fatty matter of animal origin. The soles were made of papyrus, wood, leather or palm leaves intertwined according to the use that the shoe was intended for.

Between 3500 BC and 2000 BC the Sumerians, a people who lived in southern Mesopotamia, developed new formulas for tanning the hides, alongside the traditional tanning fat, inserting mineral tanning with alum and vegetable tanning with tannin.

Between 2000 BC and 1100 BC the Hittites, who lived in the current mountainous region of Anatolia, had developed a type of footwear with high resistance characteristics, precisely in order to be able to move easily in inaccessible territories and difficult bottoms.

Even the Assyrians, who thrived between 2000 BC. and 612 BC, they were probably the first to create knee-high boots, suitable for riding and comfortable in handling war chariots. Furthermore, in addition to the practicality of some footwear in the most difficult phases of daily life, the Assyrians established different colors of the footwear according to the social class to which they belong: red for the nobles and yellow for the middle class who could afford shoes.

In ancient Greece, between 2000 BC and 146 BC, various forms of sandals developed consisting of a leather or cork sole that were fastened to the feet with strips of leather. They also introduced a half-leg ankle boot always laced with traditional or red leather strips.

The ancient Romans, between 750 BC. and 476 AD, by virtue of mixing with other cultures, such as the Gauls, the Etruscans and the Greeks, they learned the technique of tanning leather and developed footwear for the army and for social life. In fact, citizens of a high social rank, used a type of sandal called Calcei which consisted of a flat sole and leather uppers that wrapped the foot.

The Romans introduced the black color of footwear for senators while the red color was intended for high civilian offices who, on the occasion of public ceremonies of particular importance, wore sandals with a rise in the sole to raise the stature of the wearer.

The imposing Roman army was equipped with shoes with thick and resistant soles, suitable for long marches, in which tacks were spiked.

Between the third century AD. and the ninth century AD a type of shoe with a toe as long as about half the length of the shoe developed among the Franks, an ancient Germanic people. Initially born for the nobles, it later developed in the other strata of the population with different tip lengths so as to differentiate the social class.

Around the 12th century, the Venetian shoemakers, divided into distinct categories between the "Solarii", who produced soles and hosiery, and the "Patitari" who produced leather clogs with high soles, developed a craftsmanship of great value.

But it was between the 16th and 17th centuries, especially in France, that footwear models increased in a surprising way to give vent to the requests for novelty expressed by nobles. Knee or thigh boots, slippers or shoes with leather and silk decorated with gold or silver threads expressed with artistic embroidery. The fashion for heels was also born, especially in red, an expression of the high nobility.

The famous Louis XV heel, carved and decorated and the ladies' shoes of the Italian masters, were the protagonists of the 18th century, in which France and Italy imposed fashion in Europe.

Another period of strong attention in fashion to footwear is found in the 20th century, where shoes with elongated toes inspired by art noveau fashion are made and the Luigi heel, inspired by Rococo fashion.

In the period following the Second World War the two countries that dictated the rule of fashion were always France and Italy with Coco Chanel on one side and Salvatore Ferragamo on the other.

Between the 60s and 90s of the last century the production of shoes was largely influenced by the new plastic raw materials that entered the industrial market. While fashion takes its own path as an element of artistic expression, the production of footwear for ordinary citizens experiments with new materials, simpler to produce in a continuous cycle and cheaper to sell.

Raw materials such as PVC, Polyurethane and synthetic rubbers took over the leather, creating cheap, robust, flexible and waterproof shoes. Through the use of plastic materials we move from an artisanal production, in which the dexterity and the genius of man created particular and refined models, to a production where the machines increased the number of models produced per day worked, allowing a wider market .

Finally, recycled plastic materials became part of the basic raw materials for the footwear industry, especially for waterproof soles or boots, also including in this sector the principles of the circularity of materials. 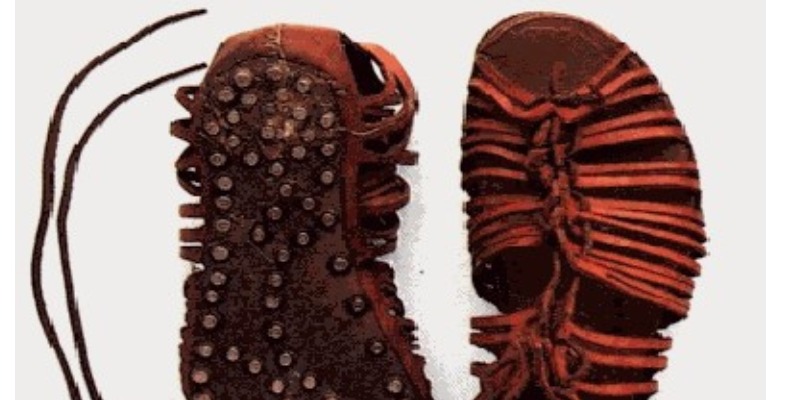 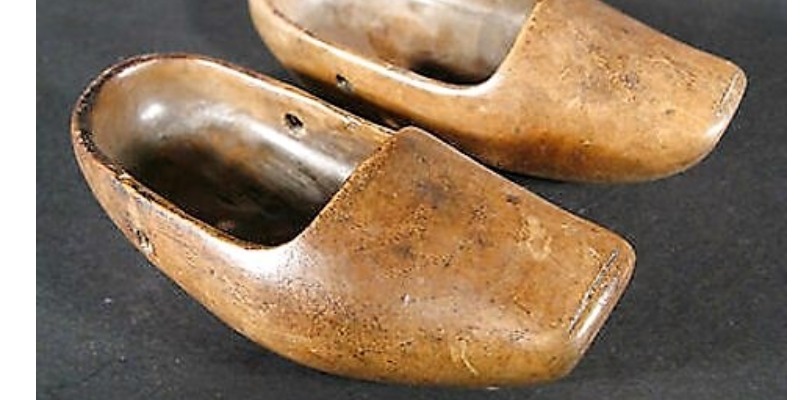 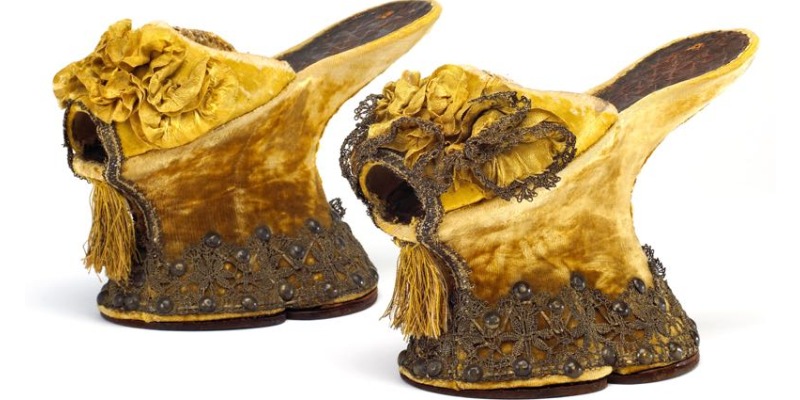 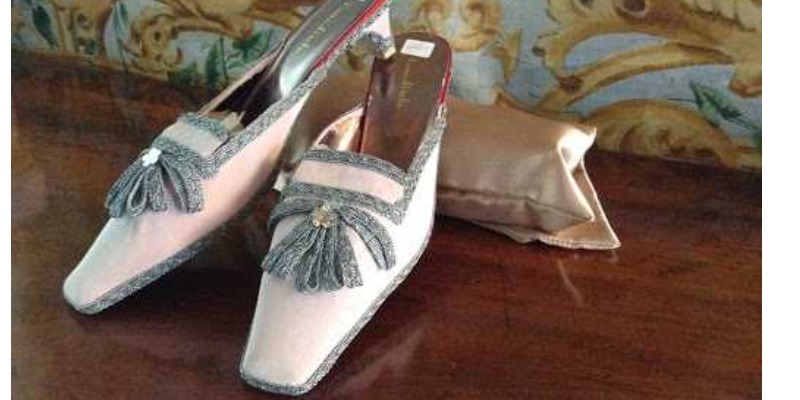