WHICH FILM QUALITY CAN BE OBTAINED WITH THE USE OF RECYCLED LDPE?

Never as today the quality of a recycled LDPE granule is important for the production of a film, as the expectations of the market, which is shifting from virgin raw materials to those recycled, they are very high.

It is not always easy to convey to the customer, who wants to produce with a recycled LDPE, the need to know the genesis of recycling in order not to make mistakes to buy the product based, perhaps, only on the economic convenience of the recycled raw material compared to the virgin one offered.

Let's say, in principle, that even in the field of recycled LDPE there are product families through which some articles can be produced and, consequently, others cannot be produced if you always want to obtain a good technical and aesthetic result on the finished article to be placed on the market.

Macro families can be divided into three areas:

The post-consumer LDPE granule is produced through the recycling process of the waste from separate collection, which is separated, ground, washed, densified and extruded into granules .

The first thing to consider about the products of this family is the degree of contamination to which the processed film is subjected during its life, in fact, separate collection involves mixing pollutants in the bags of domestic collection, such as food remains, oils, fats, polylaminates of food packaging and many other products which, during the collection phases, solidify with the film to be recycled, creating a quality problem downstream of the process.

Furthermore, during mechanical separation, it may happen that parts of other plastics remain within the LDPE stream to be recycled, creating another stream of contamination in the process of granule production.

Mechanical recycling systems contemplate washing the selected material but, often, this is not enough to reduce the presence of plastics other than LDPE and the melting and the detachment of non-plastic parts present on the product to be washed.

These contaminations can create various problems in the production of the film:

• Pungent odors in the finished product

• Fragility to cut due to the presence of polypropylene

• Difficulty in creating a regular bubble as a result of the possible degradation of the polymer in the blowing phase due to the presence of the problems listed above.

The use that is normally made of the post-consumer granule from separate collection is reserved for garbage bags with a thickness of not less than 100-120 microns, of dark colors, in which the possible odor, the pitting of the film and the possible fragility to the cut are tolerated by the customers at a competitive price.

Another application are the provisional cover sheets, normally black, with thicknesses from 140 to 300 microns in which the impurities present in the granules are diluted in generous thicknesses of the film.

The industrial post-consumer granule is a product very close to the post-industrial category that we see later, as the input of the material does not come from separate collection but exclusively from the collection of industrial packaging, supermarkets and the trade sector, whose packaging films are in no way contaminated by harmful substances for recycling.

Once these films have been collected, they are divided by color, ground, washed, densified and extruded into granules suitable for the production of films.

What are the advantages of this flow:

• Material not contaminated by organic waste or industrial liquids

• Selected by type of plastic

• Normally subject to the first recycle

• Does not contain polylaminates from food packaging

The production of films with this type of material allows the creation of very thin thicknesses, starting from 20 microns, using 100% recycled granule.

The film remains elastic, the seams do not open as the negative influence of the presence of PP is not realized as in post consumption, it does not have unpleasant odors, transparent films can be made, even if starting from a non-transparent granule, or colored films by adding the master.

There is also a version suitable for the production of black film, mainly dedicated to garbage bags with thicknesses from 20 to 100 microns or to cover sheets for the construction in which a good degree of tear resistance is required.

The neutral post industrial granule normally comes from processing waste of neutral films that are collected and divided by color, ground and extruded again into granules for production.

Another type of post-industrial LDPE is characterized by the use of waste from the polymer processing of the petrochemical industries, which are compacted into blocks or bars, and then be ground or pulverized and reused as raw material in the granule extrusion phase.

This type of recycled LDPE is very similar to a virgin polymer, both for mechanical characteristics and transparency in the production of the film. It has no odors, no color changes, can be mixed with the virgin raw material if required and retains excellent mechanical and quality characteristics on the surface.

Automatic translation. We apologize for any inaccuracies. Original article in Italian 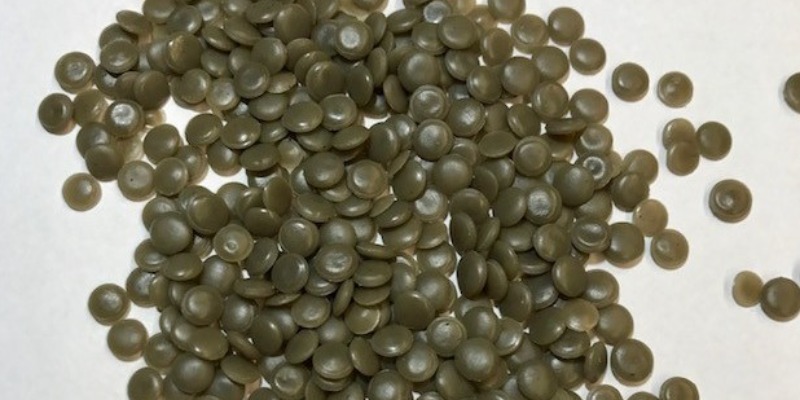 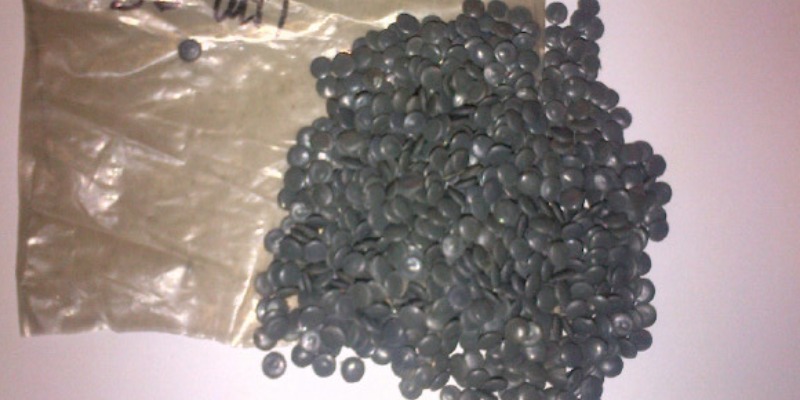 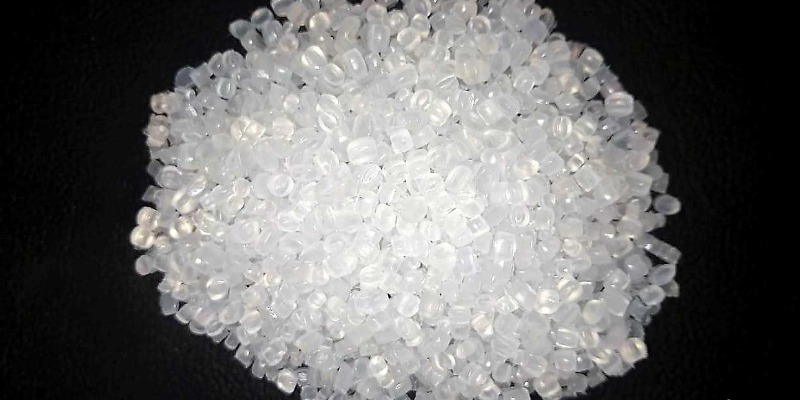